“Content is the baseline, design is an enhancement” : Paul Robert Lloyd : Responsive Conf 2013

Following Paul’s (@paulrobertlloyd) session at Responsive Conf I was really curious to try out Lynx, which is a text-only browser. I was intrigued with looking at the world from such a limiting perspective, and the notion of viewing the web with no design-overlay really resonated with me: 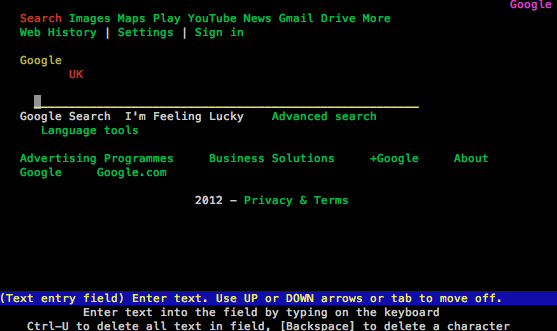 Installing Lynx is straight forward enough, but is a little more involved than usual, so I thought I’d share my simple steps to installing Lynx on Mac:

Use Terminal to confirm installed ok:

I then used the Terminal and tried:

Which gave me the following response:

but reading the rest of the output it also included

Warning: The Command Line Tools for Xcode don’t appear to be installed;

Open Xcode, and move to the ‘downloads’ section, and it’s simple to install the Xcode command line tools:

Which was this time successful, meaning I can browse sites as text-only via the terminal by typing: 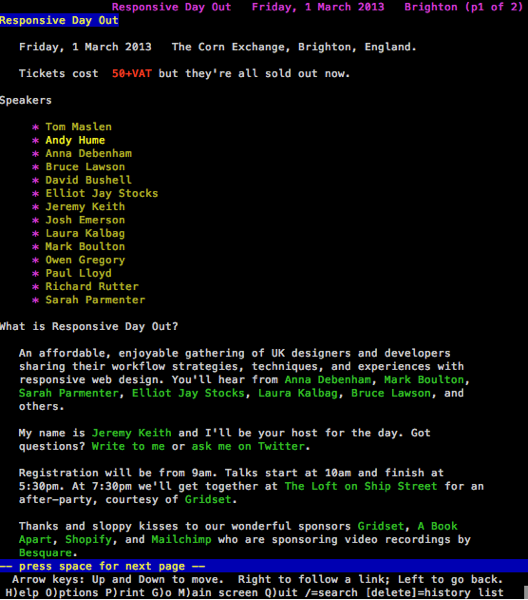 Footnote/Hat tip: I was initially pointed at this approach This approach based on the comments here (from ’06):