The Hook lighthouse on the south coast of County Wexford, Ireland is the oldest operating lighthouse in the world. There has been a beacon in this location since the 5th century, with the current structure being built in the 12th century, which has now operated continuously for a staggering 800 years.

This medieval tower was built by William Marshall, the then Earl of Pembroke, who wanted to establish a port in the town of New Ross (30km up river) and needed to ensure safe passage for ships. Marshall’s background was as a castle builder, and you can see that legacy and skill transference in his approach to creating the lighthouse; The structure stands 4 stories tall, at a height of 35 metres, and for the lower 3 levels the walls are up to 4 metres thick.

The light source was originally from coal fires, with all of the fuel being carried by hand up the 115 steps. In only 1972 the lighthouse switched over to being electrically powered, and now has a 1000KW bulk as it’s light source, which is visible to a distance of 30 miles, having been shone through the 3 faces of a modern complex lens. The lens alone weighs in at 3 tonnes, which along with a new upper level which houses it were built on top of this 800 year old structure, with barely any structural modifications needed.

This amazing structure was NOT the crowning glory of Marshall’s dreams, it was a secondary feature, a beacon to encourage and safeguard the traffic that he needed for the business venture he was looking to establish. 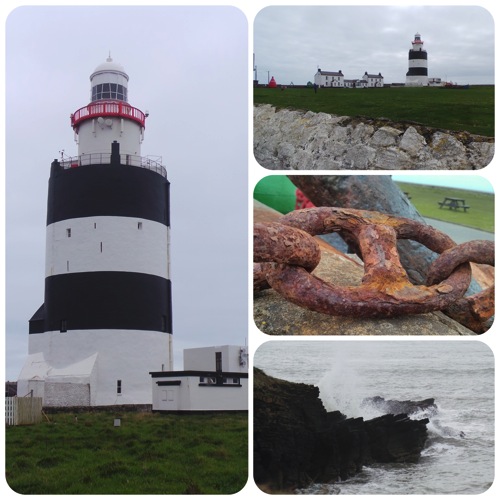 One current project management perspective might be be that the lighthouse was massively over-engineered. It probably could have been constructed in a shorter timeframe, and a lower budget. Yet, this lighthouse has saved countless lives, and the town of New Ross and Waterford still thrive today 8 centuries on.

I’m part of a team which has successfully applied the ‘minimum viable product’ approach to software development – it has been an extremely effective approach for us, and has enabled us to be extremely agile (in both senses of the word) and to deliver outstanding SaaS solutions which are very much honed around our customer’s business needs.

Where do you find the balance between running lean, and establishing the solid foundations needed for long term success.

How far will you go to create a beacon for your business?

Further details about the Hook lighthouse: