Following @colly’s inspiring post involving some of his timelapse experiments I really fancied giving it a go…..

The key difference (aside from the large delta between our innate abilities) is that I am a long time Android phone owner – so I’ll be looking exploring timelapse with my trusty Nexus4.

Clearly the consistency of platform makes the iPhone a more interesting physical device to create accessories and supporting hardware for – not to mention the  OS…. but hey.

As the Android’s come in so many shapes and sizes, finding some mechanism to get the phone to work with a standard camera mount meant getting something more universal. So I went for Joby’s Grip Tight : 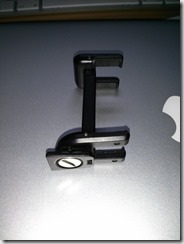 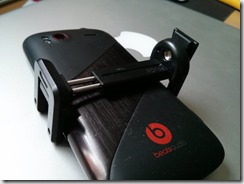 Which has so far worked seamlessly with my GorillaPod original: 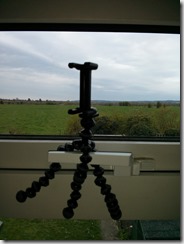 I’ve also found this setup hangs pretty nicely from my car rear view mirror, and have been experimenting with in-car timelapses (more to follow)

For software I opted for TimeLapse Pro  which was only £2 from Google Play. Initial tests with my old HTC Sensation XE had the app hang after about 40 mins of rendering on longer shoots, but with my new Nexus4, I’ve had no such problems thus far.

For ‘Cloudy Skies 4’  I took a photo every second over the course of the day, and rendered at 60 fps at 1080p. It took over an hour to complete the rendering of over 10,000 images, but seems to have worked pretty nicely:

Cloudy Skies 4 from bseymour on Vimeo.

I’ve also been experimenting with a Camolapse to give some movement to my timelapses: 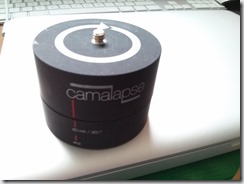 On a recent family trip to Derbyshire shot this of us on the Monsal Trail:

I’ve really enjoyed these experiments so far, and am starting to be happy with some of the results… so hopefully more to follow soon.  I’d also like to experiment with doing the rendering on the MBP, but in  initial trials importing 10,000+ images into iMovie was a disaster.

[Update: there is a short follow-on post about my revised Mac time-lapse workflow]