We’ve been loving the Nexus 7 – it’s an Android which is so responsive, it starts to be in iPad territory.

It may only be around 30% smaller than our Asus Tranformer, but it being that more easily held in one hand makes for easier reading and movie watching on the go, and it seems to be somehow that much more chuck-into-a-bag-able. 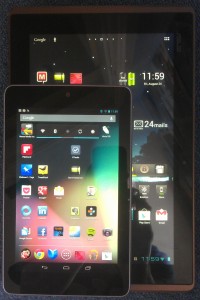 I pre-ordered during the excitement of the Google I/O live streaming, and only later looked in enough detail to see that there was no microSD slot, and so my choice of the 8GB version was a mistake.

I tried to cancel my order with Google in order to order the 16GB one instead – but let’s face it, when it comes to eCommerce/retail and customer services, Google has got an awful lot to learn from Amazon.

About 2 weeks into using the Nexus7 I started having to delete movies as I had completely run out of storage, and I was starting to feel frustrated and constrained by the device.

Thankfully, last week I found an OTG cable for £3 on Amazon – which has worked perfectly with my USB keyboard (I still miss that aspect of the Transformer) – but unfortunately needed the device to be rooted in order to use with USB storage devices.

….. or so I thought, a big thank you to @omgomg , who is also enjoying his Nexus7 and pointed me in the direction of the following app (‘Nexus Media Importer’) which means that USB storage works NON-ROOTED : https://play.google.com/store/apps/details?id=com.homeysoft.nexususb.importer

I’ve tried playing back some .mp4 via OTG/usb stick and it works perfectly – freedom 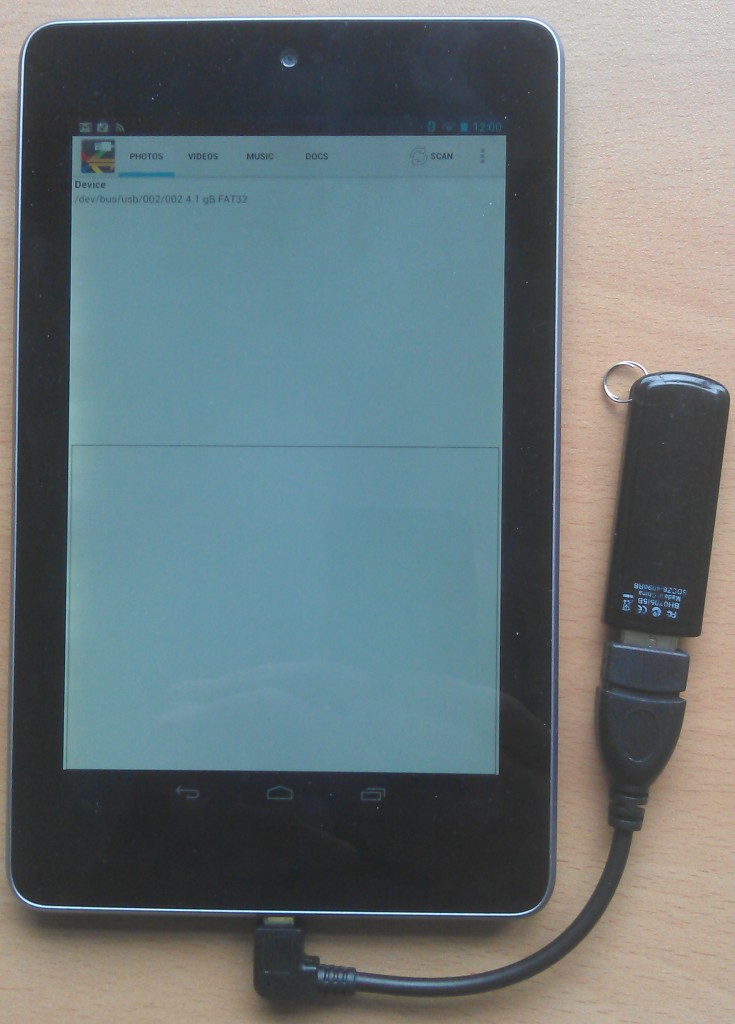