John Nack posted about this amazing tutorial by Russell Brown.

I’ve got to be honest, when watching it I was somewhat sceptical, and wondered if the US has another April Fools day in Mid-November.

However, using Photoshop Touch on my Tablet (Asus Transformer) and the torch light on my HTC Desire I was able to recreate the same effect. While the output is quite impressive, there is something about being hands-on with a torch, and illuminating my photograph in real time that just feel ludicrous (in a good way)

Photoshop Touch is available for both iOS tablets and Android Tablets, and it really is surprisingly powerful

Below is a simple example using a photo I took inside the Oxford Pitt Rivers museum (which is mostly poorly lit, and the kids go exploring by torch light – great fun):

Before and then After are below – click for larger images: 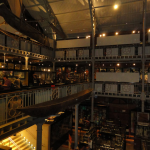 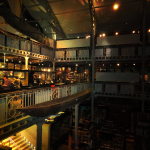